Leverage the power of
group negotiations

The Golden Contract Coalition is backed by Paladin fs, the country’s top Core and IT contract negotiators and the legal horsepower of Pillsbury Law, the leading contract negotiation law firm in the world.

Paladin fs is a hard-hitting negotiator that stands up to the Core IT banking oligopoly to secure better business terms and pricing for community banks and credit unions – ensuring a ‘win-win’ deal for financial institutions and vendors alike. Armed with its proprietary Paladin Blue Book of Core and IT contract, pricing and market data, and years of vendor-side experience, the company has achieved more than $125 million in tangible cost savings for its clients and has assisted in numerous mergers increasing shareholder equity by an excess of $40 million.

Paladin fs CEO and founder Aaron Silva sits at the helm of the GCC, leading the team with his vision to create a fair playing field for community banks and credit unions. 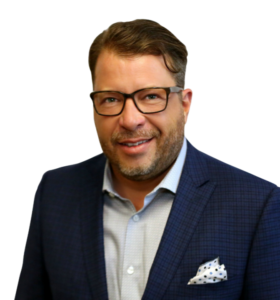 Aaron Silva is a banking industry veteran and entrepreneur with more than two decades of experience in banking industry sales and contract negotiations. Realizing that without access to a resource of market intelligence and pricing data, bankers were being taken advantage of, he founded Paladin fs to drive greater cost efficiency into the community financial institution–Core IT relationships.

Silva is a highly sought-after speaker for national banking and credit union events, and his articles on strategic technology issues facing the banking industry have been widely featured in various trade publications. In addition, his research has been the foundation for highly-regarded studies developed by the Business Performance Innovation Network on pricing disparities and hidden costs in vendor contracts.

With more than 25 years of experience representing 500+ corporations and government entities on strategic technology outsourcing initiatives, the team at Pillsbury Law has handled more than 1,000 negotiations against suppliers, totaling $500 billion in contract value for their clients.  There is not a commercial term, legal strategy or agreement type they have yet to master when it comes to outsource technology contracts like those experienced by community banks and credit unions.

Robert Zahler has been practicing law for more than 35 years in the areas of counseling and negotiating information technology outsourcing, business process outsourcing, and the development of systems integration and custom system contracts. His focus the past five years has been on restructuring and renegotiating existing transactions that required major revision due to the need for renewal or extension, changed business requirements, significant performance issues or the presence of material disagreements or disputes between the parties.

Zahler has been honored with numerous awards in IT and outsourcing law including recognitions by Chambers Global, Chambers USA, Best Lawyers in America and Legal 500 US, to name a few. He earned a Juris Doctor from Harvard Law School and a Bachelor of Science in physics at Massachusetts Institute of Technology.

Elizabeth Zimmer has been practicing law for more than 15 years and advises clients in sophisticated technology transactions. She specializes in the structuring and negotiation of major complex and strategic technology-related initiatives. Her work spans all phases of transactions including preparation of proposal requests, evaluation of potential vendors, contract negotiation and deal restructuring in the capacity of both legal counsel and commercial advisor on scope, service level and pricing-relating issues.

Zimmer has been awarded in the areas of IT and outsourcing law by Chambers USA, Legal 500 US and Super Lawyers and was named Top Women Attorneys Rising Stars in New York by The New York Times Magazine. She earned a Juris Doctor from American University, Washington College of Law and a Bachelor of Arts in political science at Tulane University. 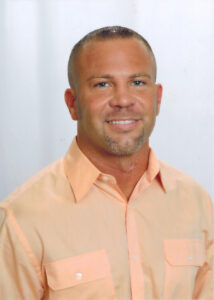 Paul Compton is a payment industry veteran with more than two decades of experience in payment consulting and contract negotiations for over 50,000 SMB’s, Fortune 1000 businesses, community banks, and credit unions. He has in-depth knowledge of interchange fees as well as pricing data and methodologies, and has worked with some of the largest private and public processors and sponsor banks in the US throughout his consulting career helping drive revenue for their shareholders. Paul has a wealth of knowledge in how clients are priced and how their contracts are structured, with a keen awareness of where the hidden costs are in vendor contracts.

Compton is a highly sought-after consultant in the payment and fintech industry with numerous awards, and his techniques and strategies are still used by many of the large payment organizations today. In making a move from that side of the industry, he now plans to bring his expertise to the table for community banks and credit unions. His past work with all phases of payment pricing, debit interchange, contract negotiations, and deal restructuring, combined with his passion to help save money for his clients, will be a big win for all involved. He earned his Bachelor of Business Administration in Business Management at Oklahoma Christian University.